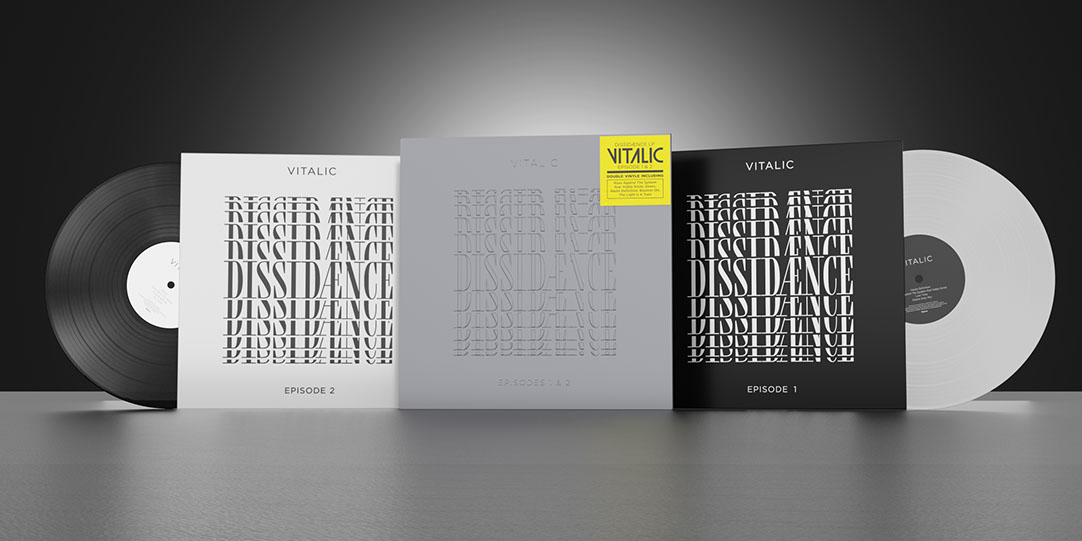 Vitalic returns with a fifth album, which has been released in two volumes.

"DISSIDÆNCE", the title of which is a whole story in itself – is an album that the producer describes as a return to the roots of his sonic identity,

a kind of reinterpretation of the rock energy of his early albums.

The first volume of “DISSIDÆNCE” is a sort of concentrated resume of his strengths from the past twenty years, whether it's filthy,

With "DISSIDÆNCE" Episode 1, whose powerful beats and galloping sequencers translate the social and political anger of the global pandemic,

Vitalic looks into his past and channels his love for off-kilter synth sounds, skew-whiff pads, heady refrains, distorted vocals and heavy beats dripping with sex and sweat,

but above all his obsessional passion for dance music.

time-travel to an era that may not exist right now, but which will - and this album is the dazzling proof - be reborn from its ashes to burn bright once more,

in all its raging glory.

A2. Rave Against the System (feat Kiddy Smile)

After the release of DISSIDÆNCE Episode 1, warmly met with both critical and popular success, Vitalic keeps his promise and returns with a second instalment, darker and more techno than the first, and this time with a marked industrial aesthetic - cold and minimal.

The composition and production style have a post-cold wave heritage, something that has always been part of the artist's DNA but is now brandished with renewed pride.

DISSIDÆNCE Episode 2 opens with Sirens, a towering tornado of synths and sweat, followed by Dancing in the Street, The Void and Light is a Train, sparse techno boiled down to its essence - mechanical, cold and alarming.

Tempering this hostility are moments of grace and poetry like Marching, Friends & Foes and Winter is Coming, both melodic and melancholic.

A2. Dancing in the Street

B1. The Light is a Train

B3. Winter is Coming